Can cars & bikes enjoy sharing road space.  This week Chris Froome tweeted following a near miss with a car where he ended up totalling his Dogma to evade the vehicle and thankfully stepped away without injury.  This plus a host of other near misses seem to be becoming an increasing hazard of modern life for the cyclist who ventures out onto the open road.

Riding all year round

As a regular all year round cyclist I find myself in winter taking a preference for the MTB and routes less motor friendly as using the road bike in dark conditions even with the best lights and high visibility clothing is just bloody scary at times.  So is it becoming more dangerous on our roads or is it just the reality of more cyclists and therefore a statistical probability that there will be more incidents?

Happens to the best

Drivers range in patience for cyclists with them ranging from infinitely supportive of a cyclist and their need to have sufficient space and not be pressured at every possibility (namely fellow cyclists who are unfortunate on this instance to be in a motor rather than preferred mode of transport on two wheels), to zero tolerance where they would actively pursue injuring a cyclist should the opportunity arise (namely low intelligence window lickers).

Unfortunately as a cyclist you have no warning of what type of fellow road user is approaching you from behind and what best to do to evade any potential incident.  So are road cyclists becoming more of a nuisance?  Are there more of us?  Are drivers becoming less tolerant as our roads are becoming more congested?  The answer to at least some of these questions has to be yes.

Nuisance on the roads

Are we more of a nuisance to car drivers taking a balanced view is probably that we are to a degree.  If you are stuck behind a cyclist travelling at 15mph for 2 minutes on a road where you would like to be doing 30mph that probably does become annoying.  But translating these figures into time and distance the net effect of being stuck behind a cyclist is only 1 minute of time or 1/2 a mile behind where you would like to be.  With the average traffic light taking 20 seconds this is the equivalent of catching the lights wrong a few times.  Admittedly being stuck behind a cyclist isn’t always a pretty sight as we don’t all create such a beautiful silhouette in our lycra with that arse crack in your face through a thin slice of material enough to turn anyone’s stomach.

So what can we do to reduce the risk of creating some dangerous levels of road rage in white van man?  Ride with consideration and obey the rules of the road not jumping lights and going the wrong way through junctions.  Ride no more than two abreast.  A mob of cyclists can make quite a tricky mass to pass when the traffic permits.  Be visible with the right lights and clothing to ensure that you are not missed and any driver would have few excuses for any incident.  Wear your helmet.  No matter how stylish your hair cut is your brain matter is definitely better off inside your skull.  Avoid engaging in any interaction of the verbal or hand gesture fashion with a car driver. Crack on and enjoy your ride.

If possible head to the beautiful quiet countryside picking your route and finding roads where you aren’t competing with 100’s of car drivers trying to get to work on time.  There is never any excuse for a driver intimidating a cyclist and we should be free to enjoy the roads and our ride but not everyone considers your safety a priority so do what you can to avoid the idiots and safe from harm.

Enjoy your ride and above all stay safe…continue working so cars & bikes can continue sharing road space.

As both a cyclist and a car owner I can see both sides sometimes but cars need to consider how much damage they can do and fear cyclists can feel. 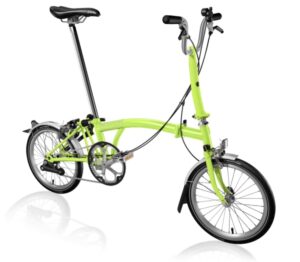 BiSaddle review: The only adjustable shape bike saddle to fit you

BiSaddle review: The only adjustable shape bike saddle to fit you. Hear how Sophie has been amazed by how comfy this saddle really is. Change Bike Folding Mountain Bike Review - Is this the ultimate folding bike? We conduct a 3 month test of this innovative bike.