5 Great Books To Get You Back On A Bicycle Saddle

This week we bring you 5 great books to get you back on a bicycle saddle if you have lost your cycling mojo.

Cycling fascinates me and yet the history of professional cycling is seemingly littered with needles. The pushing of chemical and biological boundaries to gain advantage runs counter to my admiration of the physical efforts of the participants. These contradictions and a deep need to find honesty, endeavour – even romance – at the heart of professional cycling and its iconic race, the Tour de France, persuades me that it is worth diving into the oceans of reading material on the event and its headline-grabbing participants.

Compelling books to get you in the saddle

These accounts are compelling, more than enough to get me in the saddle, not with the same dedication and determination as the professionals but with a simple, raw enjoyment of the endeavour.

So where do you start?

The Agony and the Ecstasy (Stephen Roche and David Walsh)

Author: David Walsh is perhaps so well known for his remorseless pursuit of the truth in the Lance Armstrong story, that it is easy to forget that when his knowledge of the sport of cycling is combined with the memories of the insider operating at the very top level the result can be compelling.

Expect: The inside story of Stephen Roche’s astonishing 1987 season when he won the Giro, the Tour de France and the rainbow top of the World Champion.

Author: Mark Cavendish is a hugely successful sprinter, the man who won the Men’s World Championship Road Race in 2011 and who has accumulated 26 stage wins in the Tour de France, only 2 behind 5-time winner, Bernard Hinault and on track to catch Eddy Merckx’s record (34 wins). French newspaper L’Equipe has named Cavendish the Tour de France’s best sprinter of all time.

Expect: Mark Cavendish says what he thinks. This might make him “ … the ‘bad boy’ sprinter and the scourge of the cycling establishment …” but it also positions him to out-sprint any other contemporary cycling writer in a profanity-laden inside line on what it takes to deliver multiple sprint wins in the most demanding of Grand Tours.

Why: The Prologue to the book raises the heart rate, allowing you to relish the inevitability of the win in the World Championship – predicted by the hugely confident racer with a powerful team around him – yet letting you share (at speed) the dynamism and uncertainty of the run-in as the distance to the finish reduces. Throughout the book, you get an insight to what appears to be a singular world, but one in which the power of the world-beating sprinter can only be unleashed if the team works to position him. Even then, the clear-mindedness, instant decision making and raw acceleration are all the work of Cavendish himself.

Racing Through the Dark (David Millar)

Author: David Millar was the golden boy of British cycling when he announced his arrival on the greatest stage of all by winning the first stage time trial of the 2000 Tour de France, his first. He soared, clocking up stage wins at the Tour and, in 2003, the World Championship Time Trial. Yet the pressure to perform at the highest levels pushed Millar towards performance-enhancing drugs and when he was arrested a year later, caught up in a doping scandal, he crashed back to earth.

Expect: This is a warts and all account of the pressures of professional cycling. David Millar was a naive young rider when he joined the professional ranks, rising swiftly. His dawning realisation that there was a ‘if you can’t beat them, join them’ necessity associated with racing at the highest level, allows the reader to travel on his descent into institutionalised doping. But the story does not end there. This is a story of the rise and fall of an outstanding British cyclist … and yet, he rose again.

Why: David Miller’s account of his rise … and dramatic fall … is compelling. His rediscovery of a love for the purity of cycling after he had served his ban and his second chance as a powerful advocate for ‘winning clean’ provides the reader with a sense of romance and honesty. It has the potential to make you believe in cycling once more.

Author: Richard Moore specialises in writing about cycling. It would have been easy to select ‘Slaying the Badger’ his account of the 1986 Tour de France or ‘Sky’s the Limit’, his behind the scenes analysis of Team Sky and they are both great books by an acclaimed writer.

Expect: Moore examines stages of the iconic Tour de France through the eyes of the protagonists. The mountain stages demand so much of the cyclists. The chapter which describes a 254.5 km high mountain stage (Saint-Gervais to Sestriere) in 1992 seems to encapsulate the climber’s single-mindedness, strength and endeavour. Seen through the first hand account of ‘El Diablo‘, Claudio Chiappucci, the stage win was an astonishing feat that sums up the magic of the purest, most compelling features of road racing.

Why: Moore’s description of the climb and the unlikeliest of stage wins for an unexpected hero over a more fêted champion, particularly after a long breakaway, is gripping and absorbing but romantic too, in the very finest traditions of the Tour de France.

Author: Matt Seaton writes for the Guardian – so he can handle a pen with some aplomb – and he has a column in Rouleur (a magazine which thinks nothing of including 1000 words on a new bike tyre) so he knows his cycling.

Expect: Whilst the other books in this list have professional cycling and the Tour de France to focus on, ‘The Escape Artist’ is all about the purity of being on a bike seen from an amateur cyclist’s perspective. There is a richness to the language and an unalloyed celebrate of sensation and spirit that is cloaked in none of the suspicion and contradiction of the professional game. The title echoes the fact that when Seaton’s wife was fighting breast cancer, she encouraged him to find his space, his release on two wheels.

Why: ‘The Escape Artist’ is a book to escape into. It is a portrait of a young man who challenges himself in amateur bike races and who pushes his limits to test himself. The poignancy of a personal story that pushes limits too, that requires a different kind of fight, is touching. This is both a human story and an inspiring cycling book. I wonder how many professional cyclists have taken a few hours to read it and remind themselves of the reasons they got on a bike in the first place.

The precociousness of an autobiography written when Cavendish was still only 24 speaks volumes for this sprint diamond which was still being polished back in 2009 when the book was written.

Written in 1990, this book unlocked the omertà, the silence of the peloton about doping. Accused of ‘spitting in the soup’, Kimmage was vindicated 8 years later when the Festina affair exposed the extent of institutionalised doping.

About the author – Barrie agreed to join us writing superb articles as one of our guest Blog panel members.  Fuelled by strong coffee & a life-long love of writing only recently given free rein, he blogs as Bookends & Binends on anything that strikes a chord including travel, food (and coffee, of course), music, men’s style & fitness (including cycling).  Huge thanks to Barrie for this wonderful article on 5 great books to get you back on a bicycle saddle. 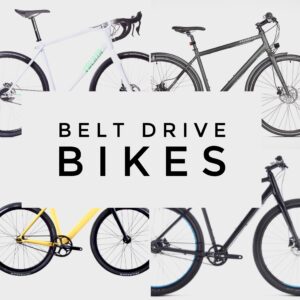